The publication »T.B.A.« contains ten rules by Kurt Tucholsky — written for businessmen that need to hire artists — published in a Berlin newspaper in 1928. These rules were (re)shuffled using a text generator and each of the 200 printed versions was laid out differently at the beginning and end of the publication — an allusion to the often chaotic beginning and ending of a business relationship.

»T.B.A.« is set in a typeface called »Mondra« — an anagram of »random«. To imitate the appearance of handwriting, each stroke style and downstroke of the characters was randomized in the publication. Just like actual handwriting, no two letters are identical. The variable downstrokes transport various emotions according to their lengths – from precise and timid to brash and confident.

The typeface »Mondra« won the TDC Prize at the Tokyo TDC Annual Awards 2012. 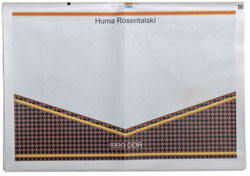 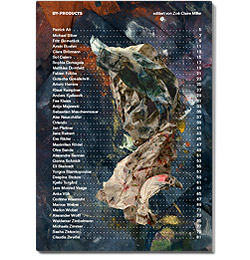 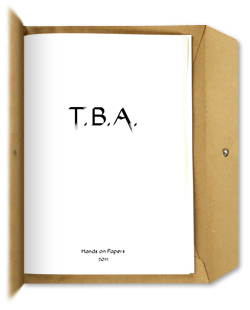 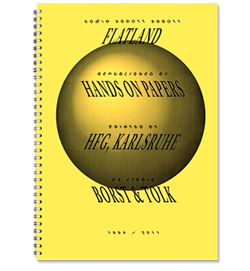 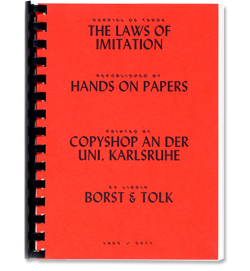 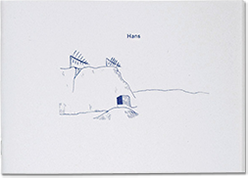 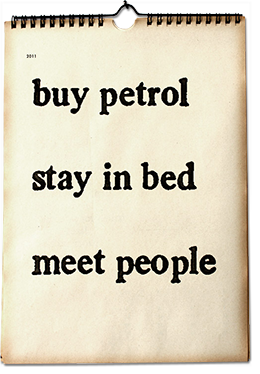 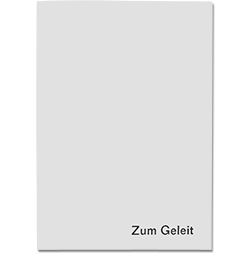